Every plate has the power to change the world.

New to plant-based eating? Interested in what it means to be plant-forward? Consider this your crash course.

What exactly does "plant-forward" mean? It is a style of cooking that relies heavily on plant-based foods, but is not strictly limited to them. So whether you’re a meat-loving omnivore, a dedicated vegan, just curious and exploring ways to reduce your environmental footprint, or somewhere in between (that’s me!) you’re welcome here.

It's not about perfection. It is NOT about guilt or shaming anyone for their food choices. It's about making small changes that add up to big progress. No matter your diet, restrictions, beliefs, or doubts - I hope you will feel right at home here.

Small changes aren't so small. Here's how they add up to affect our planet: 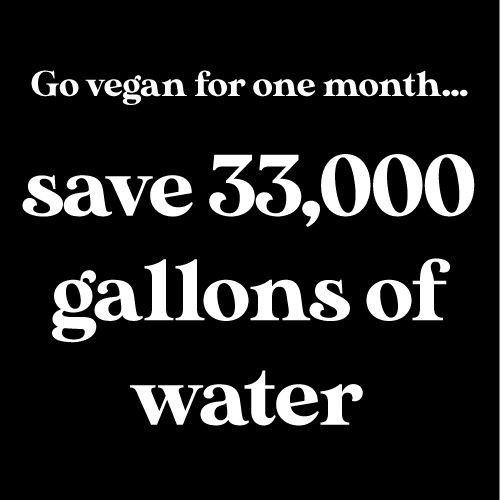 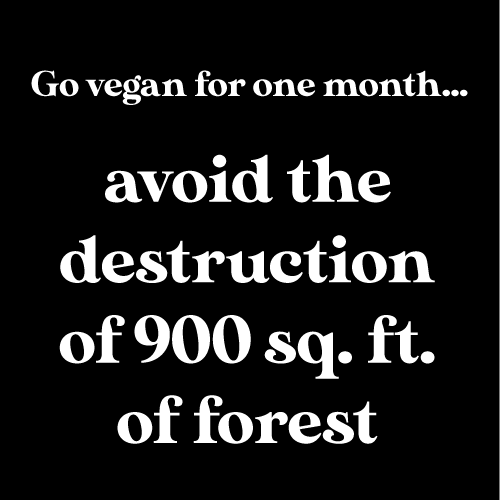 Your plate has power. Remember, it's about positivity over perfection.

Those numbers are pretty incredible, aren't they? If you're new to plant-based eating and going vegan for one months sounds daunting at first, consider skipping meat for just one day. Here's what would happen if everyone in America skipped meat for 24 hours:

As individuals, our plates hold so much power to have a positive impact. But together? Together, we can absolutely change the world.

I became vegetarian at 14. The year was 2003, and I was going to a lot of concerts. (And spending the rest of my waking hours wandering the aisles of Hot Topic with my friends. Those were the days.) PETA set up booths at most of the shows I was going to, and I started to learn more about the ethical implications of eating meat.

The morning after one of those shows, my friend and I ended up in the parking lot of a McDonald's, somewhere in Maryland. It was there that we made the seemingly simple decision to try becoming vegetarians. I had no idea how long it would last, or the lifelong journey that I had just embarked upon. I certainly didn't realize the last meat I would ever eat was going to be a Bacon McGriddle (Cringe.) I was just young, making a pact with my friend, and trying to make a positive change in a way that felt attainable to me.

Flash forward 16 years, and that teenage parking lot pact turned out to be more than just a casual decision. After being vegetarian for so long, I found that my initial decision to avoid meat was one that had become a way of life. I didn't miss meat, and I didn't feel like I was missing out, either. But another shift had started happening in my brain. While I originally went vegetarian for the animals, I started to learn about the vast and damaging effects of dairy consumption on our planet.

With harrowing headlines about our 2030 climate deadline looming large in my brain, I started making the decision to avoid milk, eggs, and cheese when I could. Over time, I realized that those changes still didn't leave me feeling deprived or craving dairy - quite the opposite. Every time I sat down to a meal that I'd prepared entirely from plants, I felt happy. It felt good to fill my plate with things that were in line with my values. I love our planet. I love animals. I don't want to hurt them. From there, eating more and more plant-based meals became a joy, rather than something that felt extreme or scary.

It was this transition that inspired me to start Positive Plate. As I started diving into the plant-forward style of eating, I found the conversation around the topic to be alarmingly polarized. Click on the comment section of any recipe on Facebook, and you'll find staunch vegans and hardcore meat-eaters battling it out over the right or wrong way to approach the same problem. Too often, we get so focused on our own truths that we can become closed off or judgmental to the decisions of others.

For me, the magic is in the middle. I believe that it is better for all of us to do something, than for a few to do everything.  By eating mostly plant-based, I know that I am greatly reducing my negative impact on our planet and its creatures. But will I share a cheese plate with friends, or have a slice of birthday cake at a party? Heck yes, and without a second thought. When we work together, the conversation can shift from one of negativity to empowerment. From perfection to positivity. And when we approach it this way, that's how we're going to make real progress.

Here's a few things you can try today:

Still not convinced? Try these vegan versions of classic faves 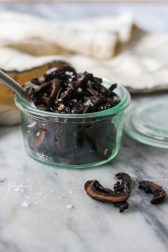 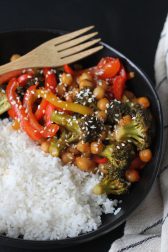 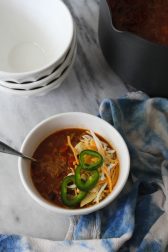